« Back to News & Notices 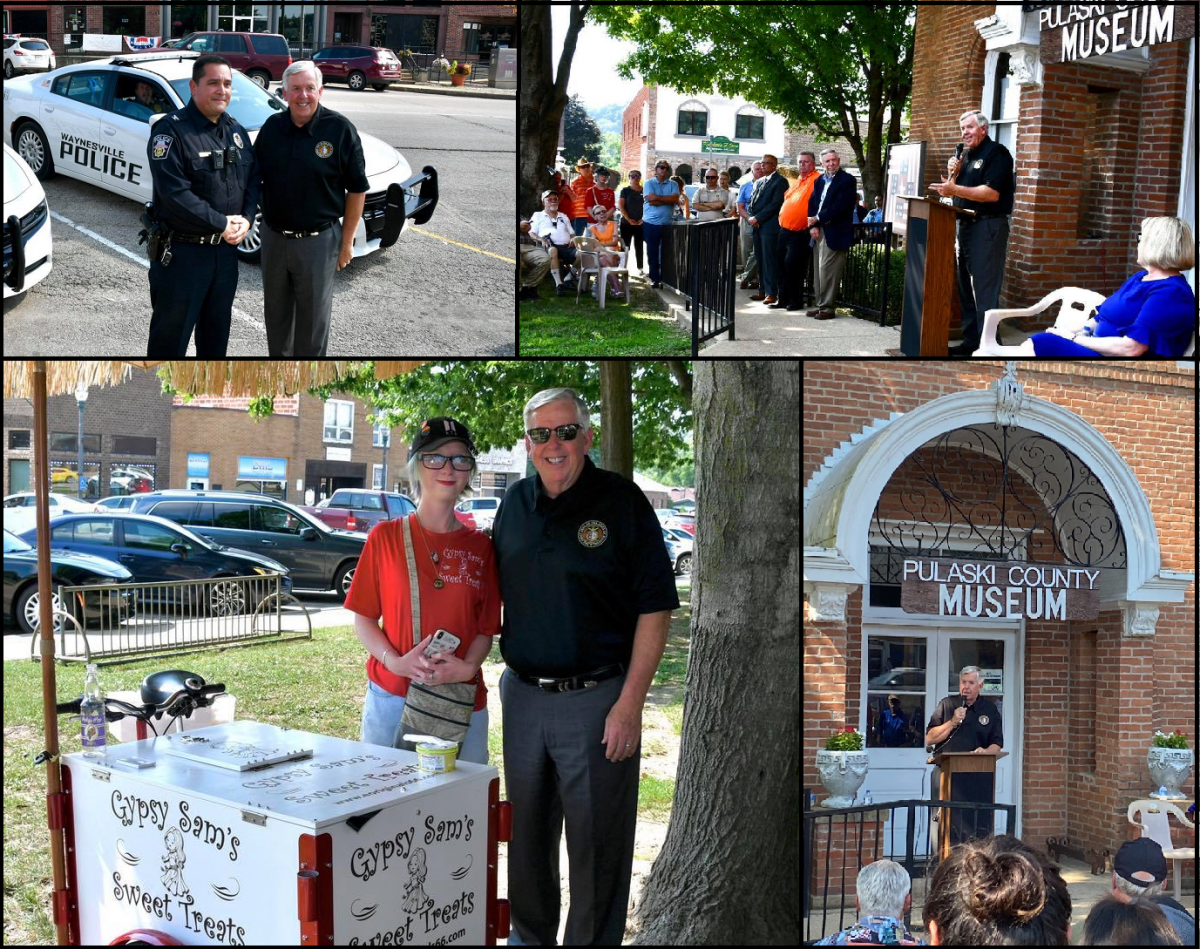 The City of Waynesville was proud to host Governor Mike Parson Tuesday, July 27, 2021 as he travelled Historic Route 66 on the Governor’s Bicentennial Tour.  The tour highlighted Missouri’s history as we celebrate 200 years of our wonderful State.  The City was well represented by Mayor Pro-Tem Clarence Liberty, Councilman Bill Farnham and Ed Conley, City Administrator John Doyle and Chief of Police Dan Cordova.

The Governor and First Lady were treated to a walk through of the Pulaski County Museum by Curator Denise Seevers and her husband Michael, who are two of the best tour guides in the State of Missouri.  Full of rich history and a genuine love of all things Waynesville, the Seevers ensured both the Governor and First Lady left our City with a new found fondness and respect.

The Governor also met Waynesville’s own Sam Keeton with Gypsy Sam’s Sweet Treats!  Word is he is extremely excited for her to be a part of the statewide Bicentennial Ice Cream Social celebrations on August 10th!  Way to go Sam!

Continuing on his Bicentennial Tour, the Governor visited the Daniel Boone Home National Historic Site, Missouri first captial city St. Charles, the Route 66 Mural City of Cuba and the Ulysses S. Grant National Historic site in St. Louis.  Missouri celebrates 200 years since the Missouri territory became the 24th state to enter the Union.  For more information on the events and festivities scheduled for this historic event, check out the Governor's Bicentennial Page here.