« Back to News & Notices

Councilman Sean A. Wilson named Citizen of the Year 2021

"We can't change what we refuse to touch."

The City of Waynesville is proud to announce that Councilman Sean A. Wilson was named Citizen of the Year for 2021 at the Waynesville/Saint Robert Chamber of Commerce Banquet held on Friday night, February 11th.  One of the finest citizens of Waynesville, this honor was much deserved as Councilman Wilson is known for his helping hand and gentle heart.

A native of Chicago, IL, Councilman Wilson made Waynesville his home after retiring in 2012 as an Army First Sergeant with over 21 years of honorable service.

After a brief period of rest after retirement, Councilman Wilson realized that something vital was missing from his life.  The idea of "Service" was constantly at the fore-front of his mind so he transitioned from service to his nation to service of his community.  Becoming an ordained Minister in 2010, Councilman Wilson began to serve once again with a small congregation in Waynesville.

From that time, Councilman Wilson's contributions to the community have ran far and wide.  He has assisted with flood and disaster recovery efforts since 2013, providing support for the 2013, 2015 and 2017 floods.  As a VISTA volunteer, Councilman Wilson's work with the Pulaski County Community Organizations Active in Disaster (COAD) brought out his leadership skills as he was quickly voted in as Chair and continues to serve in that capacity today.

Councilman Wilson is heavily involved with the Chamber of Commerce and the programs and training opportunities they provide.  Councilman Wilson is a Choices presenter, Instructor for Leadership Pulaski County classes, an Instructor for the Junior Leadership Development Program and has served as the Government and Military Affairs Committee Chair for the last four (4) years.

He has also served as a Veteran's Day Parade Volunteer, Route 66 Challange Volunteer and a Volunteer with the Waynesville R-VI School District as a Mentor for the Way Connect Program established to help high-risk youth.  Councilman Wilson volunteered his services with the "Dad's Mentoring Dad's" program in Phelps County, a program centered on supporting new fathers that never had a father in their life.  Councilman Wilson is also an AARP Drivers Safety Instructor and District Coordinator.  Other notable contributions to the community include serving as a Waynesville Park Board member and President, was Honorary Chair for the Salvation Army's 2019 Tree of Lights.  That year, the organization raised $99,612.45.  He is an annual Salvation Army bell ringer and coordinates two of Waynesville's most attended events, the annual Pumpkin Fest and National Kids to Park Day, both being held in Waynesville's Roubidoux Park.  He has supported the Back to School Extravaganza, the Community Christmas Dinner, the Teen Summit and clothing give-aways to disproportionate families.  He is a member of Pulaski County's Rotary Club International, he is a Leadership Alumni member, a member of Fort Leonard Wood Red-White & Blue, the Frog Fitness Group and Healthy Futures Pulaski County.  He is a member of the Army Engineer Association, the 82nd Airborne Association and the American Association of Christian Counselors. 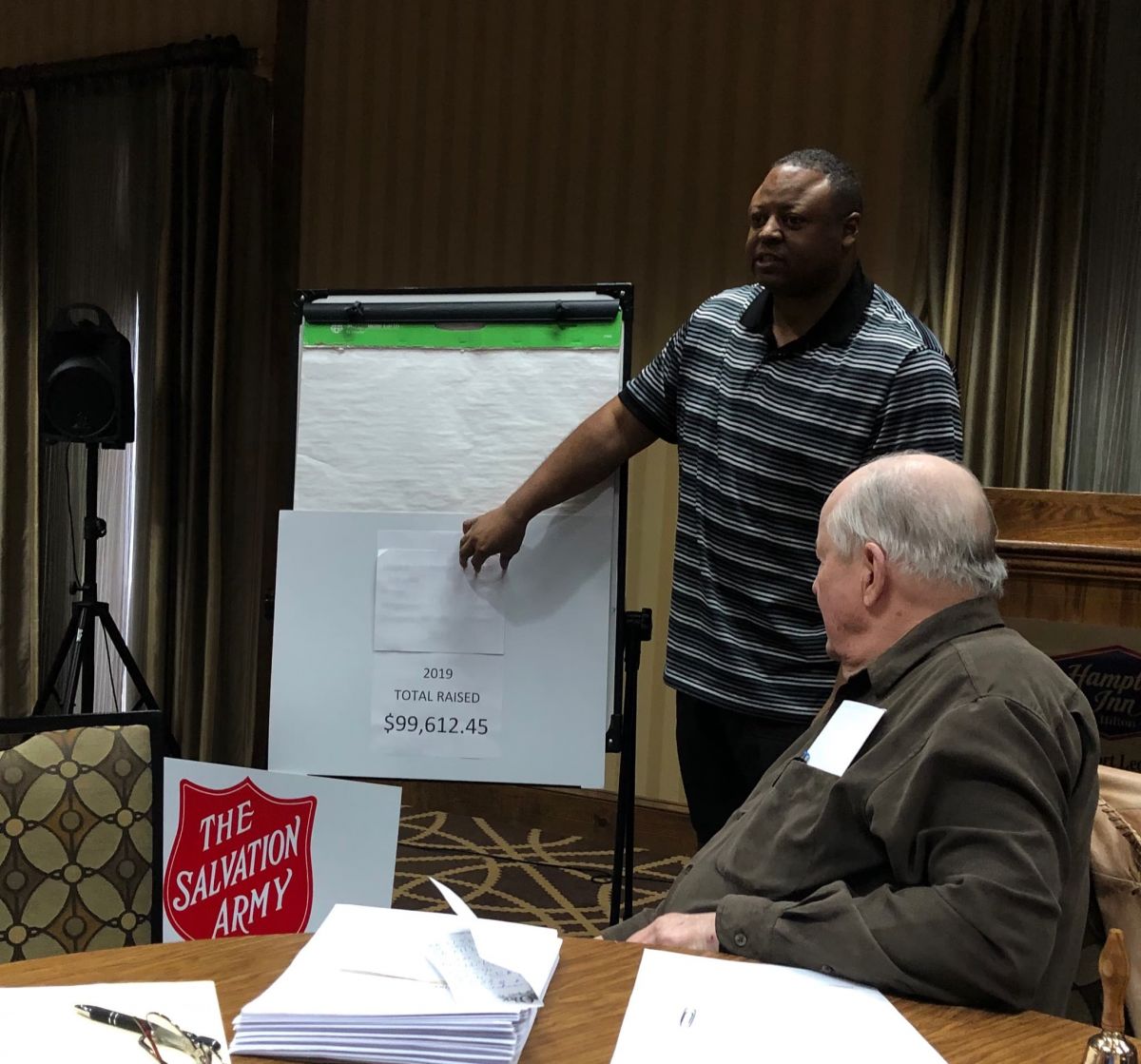 Councilman Wilson was honored as the Guest Speaker for the Honoring our Heroes Pre-Race Banquet, a program dedicated to encouraging transitioning veterans' involvement in their communities.  Councilman Wilson is also a Chaplain with Days of Hope which services youth in residential facilities.  He has been recognized as the 2017 Waynesville/Saint Robert Chamber of Commerce Volunteer of the Year in 2017, the recipient of the Meramec Regional Outstanding Volunteer award in 2017 and the 2018 December Volunteer of the month for AARP Driver's Safety.

Councilman Wilson was voted to a Ward III seat on Waynesville's City Council in 2019.  Since that time, he has served on several Committies including the Waynesville/Saint Robert Joint Airport Board, the Utility Board and Police and Emergency Management Committee where he is currently the Chair.  Councilman Wilson was chosen to represent the City on Pulaski County's COVID-19 Small Business Care Act Funding Board and also sat on the American Relief Program Act's Board for the City of Waynesville.

All of these accomplishments aside, Councilman Wilson is by far the most passionate and hard 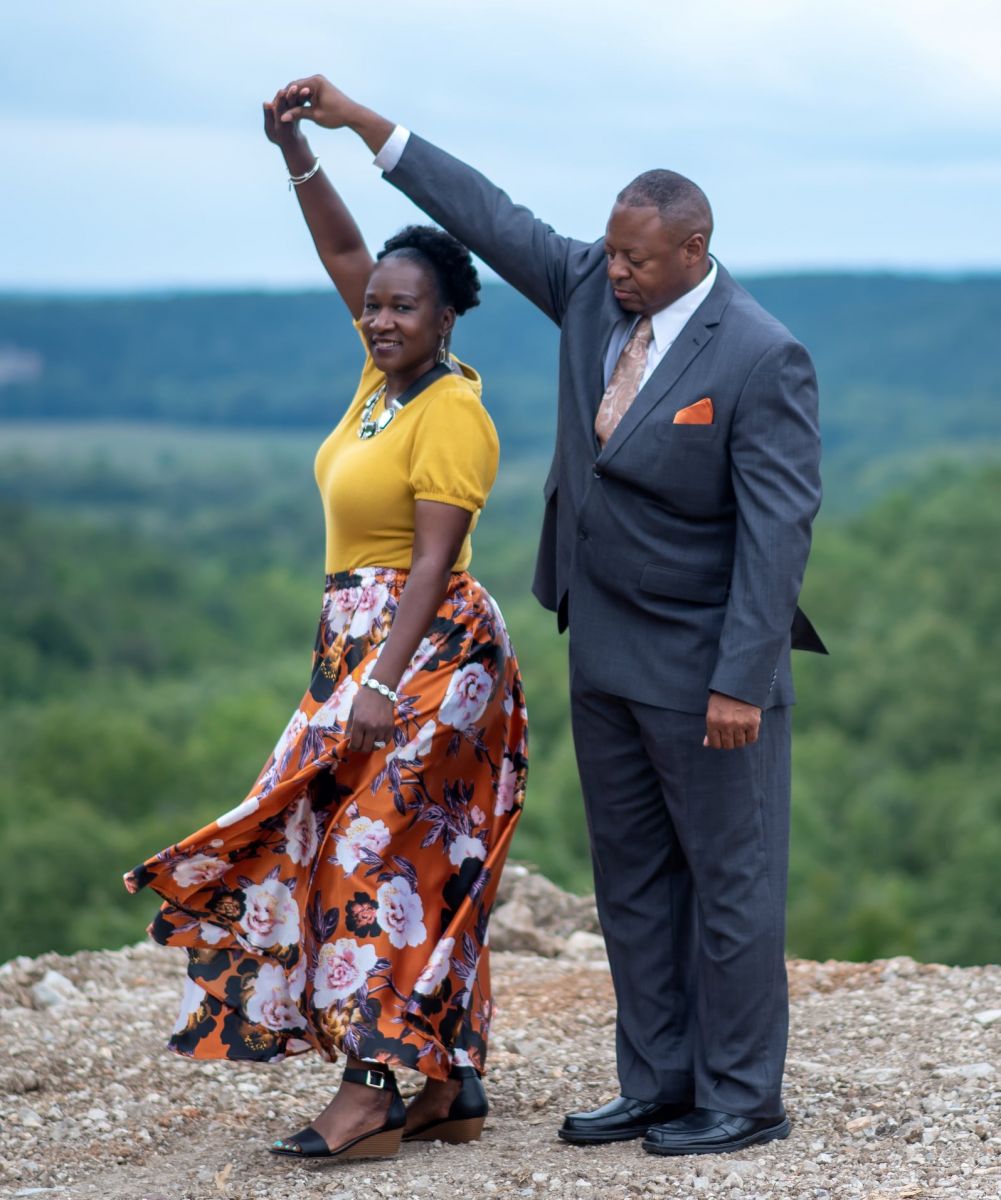 working voluteer the area has seen in a decade.  Always willing to give his time, talents and resources, Councilman Wilson leads by example and his desire to create positive change within his community is above reproach.  He has a Bachelor of Science Degree from Liberty University in Interdisciplinary Studies and is currently working on his Master's from Webster University in Counseling.  His goal?  To become a licensed Marriage and Family Therapist and work to strengthen families within our community.

Lastly, Councilman Wilson's passions in life are the Lord and his family.  A devout husband and father, Councilman Wilson's love of his family provides the solid foundation in which he is able to give so much of himself to this community.   His lovely wife Janice and their children are his daily motivation to make the world around them better, more positive and more tolerant and he has succeeded in that endeavor.  Always humble, Councilman Wilson may not understand or believe the impact he has made in so many lives, but his kindness and generosity has left a hopeful and optimistic mark on the hearts of many.  It is too that end we congratulate Councilman Wilson on this most deserved recognition.  The City of Waynesville is proud to call him one of our own.